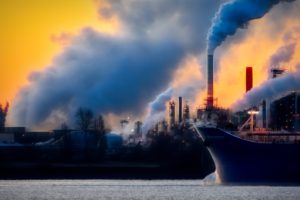 Solar power appeals to many people for many reasons: It’s free, it’s clean, and it’s safe. In the era of climate change, however, the need to switch to solar has taken on an even more profound urgency. As anyone who has read the news lately is surely aware, climate change is a story that won’t go away. Indeed, it’s a story that promises to become ever more central to our lives over the next few decades, and beyond.

With an ever-growing consensus that climate change is having a significant effect on the world in which we live, it’s understandable that solar power is getting more and more attention. As other energy sources have come to seem increasingly hazardous, solar is appearing ever more advantageous. If you are considering moving toward reliance on solar in your home or business, you may be wondering about the impact that solar could have on climate change.

What is climate change?

Climate change can refer to any alteration in long-term climate patterns, but the term is usually used to refer to the gradual warming of the Earth since the 1950s. A majority of scientists believe that the unusual quickness of this particular change is related to human actions, in particular the widespread production of greenhouse gases such as methane and carbon dioxide. Greenhouse gases are given their name because they contribute to an artificial greenhouse effect by trapping heat in the atmosphere that would otherwise escape into outer space.

Why does climate change matter?

As the Earth’s atmosphere heats up, the change in temperature has a domino effect throughout the entire world. The rising temperature causes glaciers to melt, polar ice sheets to retreat, and sea levels to rise. It causes deserts to grow drier and natural disasters such as storms to become wilder and more unpredictable. As crop yields become more difficult to predict, climate change can even result in food shortages and political turmoil. Scientists believe that these effects will become increasingly visible over the next few decades. Since carbon dioxide stays in the atmosphere for a long time, the effects of climate change may stretch across hundreds of years. Eventually, the effects of global warming may make our planet unsuitable for life as we know it today.

What can we do to combat climate change?

Understandably, many people are deeply concerned about the consequences of climate change and are eager to take steps to minimize the potential harm it could cause. One of the most important things we can do to counter the effects of climate change is to try to curb our use of fossil fuels, which are responsible for producing the emissions that are leading to the rise in global temperatures. However, it isn’t necessarily simple to do that—after all, we have come to rely heavily on coal, gas, and other fossil fuels to produce the electricity that allows us to light and heat our homes. Worse, our energy demands are growing, not shrinking; as the global population grows, the need for energy is rapidly increasing. One significant step we can take, though, is to begin relying more on alternative energy sources such as solar power.

How can solar energy make a difference?

Unlike many other popular energy sources, solar power does not depend on the burning of fossil fuels in order to produce usable electricity. Therefore, it doesn’t produce any of the emissions that contribute to rising global temperatures. As a result, it has tremendous potential to help curb human use of fossil fuels—especially if it becomes more widely utilized in the industries that contribute most to climate change, such as the transportation industry. However, solar matters most today because it is already available to us for use in our own homes. In fact, the majority of the energy that we need in order to heat and cool our households can be obtained using solar installations. That’s why making the switch to solar in your building can make such an important difference to the planet.

Since 2007, Custom Solar and Leisure has been working to provide the Tucson community with first-rate solar products. We understand the need to move toward cleaner energy sources, and we are here to help our customers make that transition in their homes and businesses. Whether you are looking to replace your current heater with a solar-powered model, are interested in learning how you can keep your pool comfortable in the winter with a solar heater, or simply want to know more about solar installations, our team of experts is here to answer all of your questions. Your path to contributing to a more sustainable future begins with a simple call to us at (520) 314-3768.