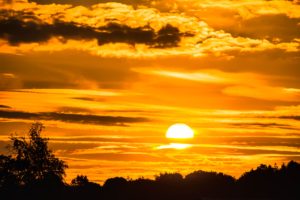 While solar power is more widely used in the United States than ever before, it is still hard for most of us to imagine a world in which it becomes the dominant source of power. Day by day, however, we are moving toward that eventual goal. As traditional energy sources have become more and more problematic to deal with, many people have become increasingly certain that the solution lies in the power of the sun. In other words, solar energy is here to stay.

For any observer of the U.S. solar industry in 2019, it’s obvious that solar isn’t going anywhere. What isn’t yet clear, however, is where solar will take us as a country. Can we foresee a time when solar power provides most of our daily energy? Will we find an efficient way to store the energy we obtain from the sun? While the future remains hard to predict, current trends may be able to show us where solar is headed in the coming decade.

These are some of the developments we can expect with the future of solar power:

More Jobs in the Solar Industry

The solar industry itself is likely to grow by leaps and bounds over the next decade, if recent trends are to be believed. This means that the number of people employed by the solar industry—which includes designers, engineers, and installers—will also increase. Between 2011 and 2016, according to one study, the number of solar jobs in the United States increased by 200%. As solar firmly establishes itself as part of American life, jobs in the solar industry will become a permanent part of the U.S. economy.

In recent years, solar equipment has become less expensive than ever before. This has had a noticeable effect on solar purchases. In fact, according to the Solar Energy Industries Association, the price of solar equipment has plummeted even as the number of solar installations in the U.S. has skyrocketed. As solar systems become cheaper, they become more accessible for homeowners and business owners of all budgets. If this trend continues, we can expect to see more and more homes going solar in the future.

Today’s top solar installations are more efficient than any previous models, and that trend is sure to continue over the coming decade. As solar equipment becomes more effective and less wasteful, solar installations will increasingly become investments that eventually pay for themselves. This development promises to have a ripple effect in terms of solar sales. After all, the more efficient a solar system is, the more reason homeowners have to buy it. As more Americans see their utility bills improving as a result of using solar power at home, it seems that the future of solar power will show an ever-growing number of customers.

Solar Growth in All States

So far, solar growth in the U.S. has been lopsided, with states such as California taking the lead. A kind of unofficial competition has even sprung up between many states, as various state governments rush to increase their solar presence. As solar becomes more cost-effective for more people, however, more and more states are encouraging solar installations with special incentives and tax rebates. As a result, solar is quickly becoming a national phenomenon, rather than a local one. For example, Texas, Florida, and South Carolina have all gotten into the solar game.

How much will the solar revolution affect the U.S. economy? So far, it hasn’t been clear. According to one source, however, more than $17 billion was put into the economy in the year 2018 as a result of the solar industry. With solar incentives appearing in state after state, it seems safe to assume that this number will only go up in the future. As solar becomes an increasingly important part of our economy, it may become difficult to imagine how we ever lived without it!

If you’re ready to join the future of solar power, it’s time to connect with Custom Solar and Leisure. We’ll help you start saving money and helping the environment with a full-capacity solar panel installation on your property. We’ve been providing the Tucson area with first-class solar services for more than a decade, and we’re a proud member of the Southern Arizona Solar Standards Board. We also have an A+ rating from the Better Business Bureau, and we are a three-time winner of Angie’s List Super Service award. When it comes to solar, it’s hard to beat our services. To get a free solar evaluation for your home, call (520) 314-3768.