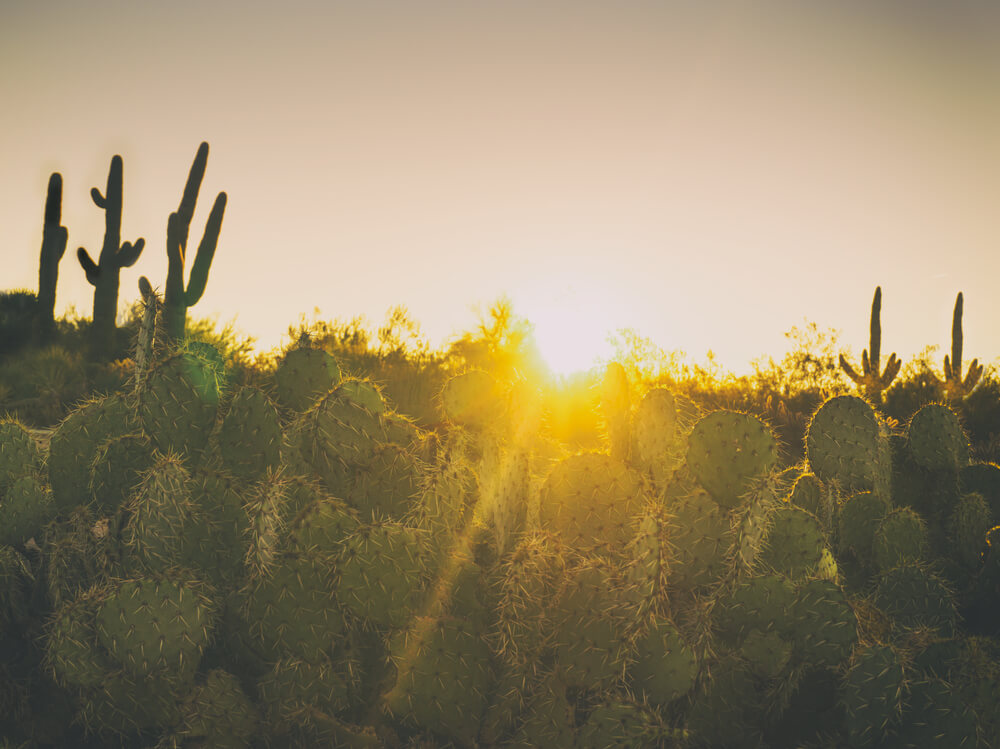 Close your eyes and think of life in Arizona—what springs to mind right away? Chances are if you didn’t think of cacti, mountains, or roadrunners, one of the first things you thought of was the heat. The sun’s rays beat down on the Southwest day after day, resulting in some of the warmest temperatures around the country. But the sun doesn’t just bring warmth—it brings energy. That’s why it should come as no surprise to learn that Arizona is one of the states that has most embraced the potential of solar energy. If you’re mulling over the possibility of going solar in your home or business, you may be wondering whether the industry has a promising future. In fact, most of the signs suggest that solar is a trend that’s here to stay.

How Arizona Got into the Solar Energy Market

Arizona has been a trailblazer in the solar world for decades. Phoenix was the site of the country’s first national solar conference back in 1955, and a solar-powered demonstration home opened in Paradise Valley in 1958. Interest in solar power increased during the energy-conscious 1970s, but its full potential wouldn’t begin to be realized until the 21st century. Arizona’s first solar power plant opened in Flagstaff in 2001, and other plants in Tucson and Prescott soon followed. With every new addition, the excitement surrounding the state’s growing industry increased; in 2008, former Governor Janet Napolitano predicted that Arizona could become “the Persian Gulf of solar energy.”

As the first decade of the 21st century came to an end, Arizona’s solar capacity was exploding. There are more than 100 solar facilities serving the state today, the largest of which is Solana Generating Station near Gila Bend. According to the Solar Energy Industries Association (SEIA), Arizona ranks third in cumulative solar capacity among all the states, behind only California and North Carolina.

Today, Arizona has a cumulative solar electric capacity of 2,982 MW, which is the equivalent of providing power for 446,000 homes. Since there are just over 1,900,000 households in Arizona, this means that Arizona currently has the capacity to power about one-fourth of its homes through solar energy. While other states are getting into the game, Arizona’s head start, solar-friendly resources, and abundance of sunny days mean that it’s likely to remain a leader in solar energy for many years to come.

Why the Future Looks Bright for Arizona’s Solar Industry

Over the last year, Arizona has kept pace with its closest rivals in the solar industry. During the first quarter of 2017, Arizona’s solar capacity grew by an impressive 5%, making it one of the fastest-expanding solar states in the country. Current predictions indicate that Arizona will actually increase its solar capacity by as much as 200% over the next five years, bringing tens of thousands of jobs along with it. Why is Arizona’s solar industry so healthy? There are a few factors that come into play:

As you might expect, these promising facts have only spurred Arizonans on in their quest to become the country’s leading solar state. In fact, the Arizona Corporation Commission has set the goal that no less than 15% of Arizona’s energy be supplied by renewable energy by the year 2025. As the number of residential and commercial installations increases and more solar jobs are created in Arizona, this goal seems ever more achievable.

If you’re looking to make the switch to renewable solar energy in your home or business, you need the guidance of Tucson’s solar experts. At Custom Solar and Leisure, we are dedicated to helping our customers find clean energy solutions that work for their budgets. Our company has made Solar Power World’s list of the country’s top 500 Solar Contractors for three years in a row, and we are proud to have an A+ rating from the Better Business Bureau. If you have any questions, contact us today at (520) 314-3768.